Here in Australia, we’re lucky to have a huge variety of incredibly unique animals. In fact, over 85% of our wildlife are endemic, meaning that here in Australia is the only place you will find them in the wild.

Over the next few episodes, I’m going to introduce you to some Furry, scaly, slimy and yes, even deadly, Aussies.

You may be wondering why Australia’s wildlife is so unique. Well, it’s largely due to the fact that Australia is an island. We are surrounded by ocean. Australia broke off from other land masses approximately 85 million years ago, giving the Plants and Animals here the chance to evolve without being affected by interactions external wildlife.

Today we’re going to start things off with a group of very special (and to be honest, kind of weird) animals, the Marsupials.

Australia is home to the world’s largest and most diverse range of Marsupials. These include the Koala, Kangaroo, Wallaby, Platypus and Echidna.

But what is a Marsupial? A marsupial is a specific kind of mammal. To put it simply, a mammal is any kind of animal with hair or fur, which produce milk for their young (they also possess some very scientific characteristics which we won’t get into today). Humans, Horses, Whales, dogs, cats and rabbits are all mammals.

Marsupials are different to other kinds of mammals because they have a pouch, like a small pocket, in which they carry their young. You’ve probably seen pictures of Kangaroos with their offspring (known as joeys) in their pouches. These animals give birth to their babies while they are still tiny and pink. After they are born, they crawl up through their mother’s fur and into her pouch. Once inside, the Joey, attaches itself to a teat. And that’s where it stays, until it grows big and strong enough to leave the pouch.

Let’s look at some of our most famous marsupials in more detail:

They’re a very famous animal, and you can even see one on our coat of arms, alongside the Emu.

But did you know that there are four different species of Kangaroo living in Australia?

The biggest are the Red Kangaroos. As the name suggests, they are an orange/red colour. They can weigh up to 90kg and grow to 2m tall.

Kangaroos don’t run, they hop. They have very strong back legs and a thick muscular tail, which they use for balance when on the move.

If you eat meat and if you’re feeling adventurous, you can buy Kangaroo Meat in the form of sausages, steaks, meatballs and burgers from most Supermarkets in Australia. It is very lean and an excellent source of protein. It is also a very sustainable way to consume meat as most kangaroo meat comes from culling wild populations, meaning it is definitely free range. Kangaroo populations grow very quickly and culling them is a way of keeping them manageable.

Wallabies look a lot like smaller Kangaroos, and they are from the same family of animals, the Macropodidae. This group also includes, tree-kangaroos, wallaroos, pademelons and Quokkas! We’ll look at the Quokka in a future episode.

There are many different species of wallaby. Like all Macropods, Wallabies are herbivorous, meaning they only eats plants! No meat! And like most macropods, they have large, strong back legs and a thick muscular tail, just like Kangaroo.

Although native to Australia, there are introduced populations in other countries, including the UK where some red-necked Wallabies escaped from a Zoo and established themselves in Staffordshire.

The Bilby doesn’t look TOO different from a rabbit, with its long rabbit like ears. But most people would say it looks more rat-like. But maybe a bit cuter.

They are nocturnal creatures, with grey fur, except for their tails, which are black with a white tip. They eat not only plants but beetles, spiders and insects too! Meaning they are Omnivorous. Something really interesting about Bilbies is they don’t need to drink water, as they get it from the food they eat.

Koalas are often referred to as a Koala Bears, though this name is incorrect, they are much more closely related to Kangaroos and other Marsupials than they are Bears and non-marsupial mammals. So, when you’re in Australia, remember to refer to them as simply Koalas!

Koalas are a Vulnerable species, meaning their numbers aren’t looking too good in the wild. They’re not endangered yet, but they’re not too far away from it. Things like logging and bushfires have decimated their numbers. Chlamydia is also common in some Koala populations.

They spend most of their lives up in Eucalyptus trees. They have two opposing thumbs on each hand, and rough pads on their hands and feet, which makes it useful for climbing trees. They feed exclusively on certain kind of Eucalyptus leaves, which is technically toxic, but Koalas have specially adapted digestive systems to deal with this. But it means they don’t get much nutrition and therefore energy out of their diet, which means they often sleep 18-22 hours a day.

Not to be confused with Opossums from the Americas! Although Opossums are often referred to as Possoms, they are a different species. But they’re not too distantly related, they’re both Marsupials after all!

If you’re staying in Australia for any significant stretch of time, you’re likely going to see a possum at some point. There are many different species of possum, around 70! Including Ringtale Possums, Brushtail Possums and Tasmanian Pygmy Possums. They spend a lot of their time up in trees, are covered in fur, have long tails and are usually nocturnal.

They’re not only found in Australia, but across New Guinea and Sulawesi. They have also been introduced to China and New Zealand.

One amazing species of possum is the Sugar Glider.

As the name would suggest, Sugar Gliders can glide through the air, sort of like a flying squirrel. But as marsupials, they are more closely related to a wallaby than they are a flying squirrel. They are able to glide using a thin membrane of skin between their fingers and ankles.

They are quite small, only between about 6-8 inches long and have mostly grey fur, with stripes on their heads and their undersides are white. They are found in tropical and cool-temperate forests across not only Australia, but also Indonesia and Papua New Guinea.

So, marsupials are a specific kind of Mammal, which have a pouch for their young. Now I’m going to talk to you about an even more specific type of Marsupial, called a Monotreme. Although almost all Mammals give birth to live young, this is not true for Monotremes. They still have pouches, like other Marsupials, but are super weird because they lay eggs!

There aren’t many species of Monotremes still alive today, it’s just the Platypus and four species of Echidna.

The Platypus is probably one of the weirdest creatures on the planet. It has a beak like a duck (but a bit wider), a wide, flat tail like a beaver, fur and webbed-feet. They live in fresh water in Eastern-Australia and quite common in Tasmania.

Their bills are very sensitive and they use them to search for food like insect larvae in river beds. Their thick fur is waterproof, making it ideal for their aquatic environments.

According to Aboriginal legend, the first platypus were a result of a love affair between a young female duck and a male water rat.

When the British first sent back word of the Platypus to England, they assumed it was an elaborate hoax.

The males have a poisonous spur on each hind foot. So, if you see one in the wild, don’t try and touch it!

They make their homes in long burrows in the banks of rivers. This is where they lay their eggs. The female generally lays 1-2 leathery-shelled eggs per clutch. She incubates them for 10 days. Although platypus still produce milk for their young, they do not have teets or nipples like other mammals. Instead, she secretes milk through her skin and the young lick it up.

There’s no animal like a Platypus! It’s truly unique.

The closest living relatives to the Platypus are the Echidnas. There are four extant species (Extant meaning, not extinct). But three of them are only found in Papua New Guinea, so we’re going to stick to the Short-Beaked Echidna which is native to both Australia and New Guinea.

You might see similarities between these little guys and the Porcupines of America or the Hedgehogs of Europe.

Their backs are covered with modifies hairs, known as spines. But there is also normal fur between the spines which helps with insulation. When threatened, they curl into a ball, warding off predators with their spines.

Like platypus bills, the echidna’s beak is very sensitive, and they use it in the pursuit of food. They catch their prey using their tongue, which is very sticky, useful for trapping ants and termites! And it can extend to 7inches in length.

They have short, strong legs, adapted for fast digging. Like the rest of the Marsupials, they have a pouch, however, theirs is in the opposite direction, so when they are digging, they do not fill it with dirt.

That brings us to the end of today’s episode. I hope you enjoyed learning about some of Australia’s Most Iconic Creatures, the Marsupials! Join us next time when we’ll talk all about Aussie Reptiles; Lizards, Turtles and yes, even snakes! 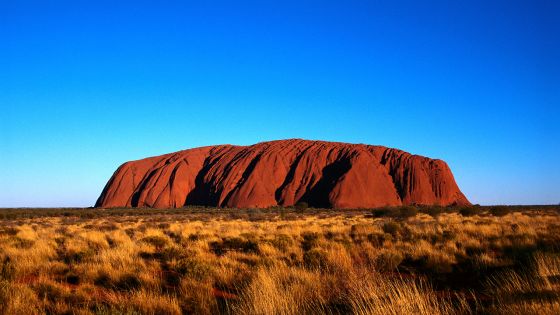 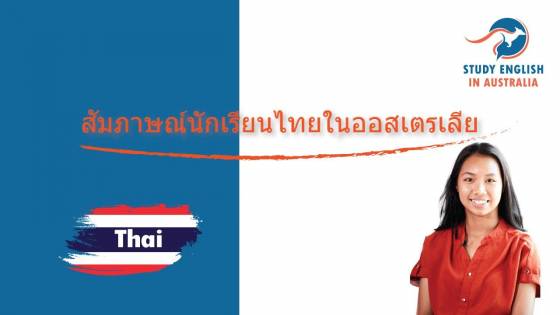 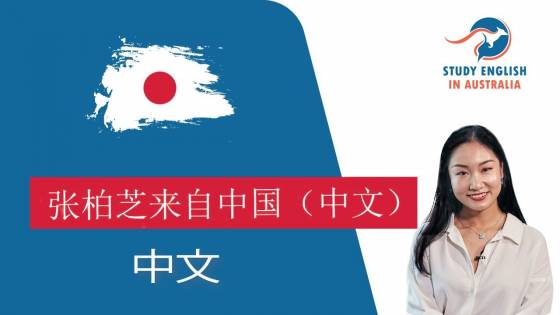 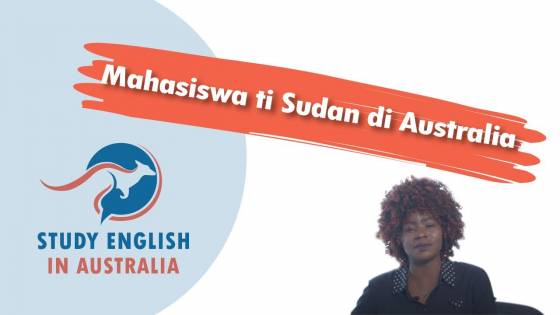 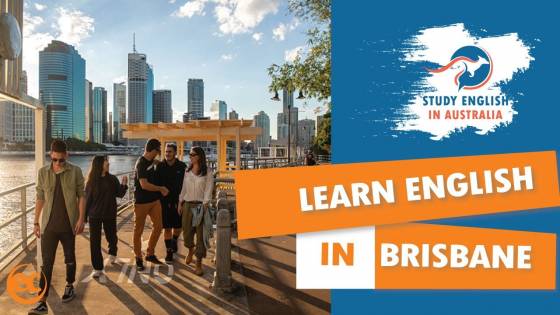